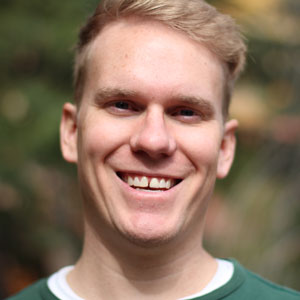 Disclaimer: I didn’t make this video but I did transcribe it. I hope the transcription is helpful.

Steve: Welcome back to MacBreak Studio. Here we are again with Mark
Spencer and this time, you’re going to show us some really cool stuff with
audio in Final Cut Pro X.

Mark: Yeah, audio, and music doing motion. But the fact is you and I,
we make a lot of tutorials, right?

Mark. A lot of tutorials. And we record voice over frequently.

Steve: Soundtrack Pro is my tool of choice.

Mark: Soundtrack Pro had been my tool of choice until Final Cut Pro X
came along.

Steve: And you can actually edit voice over in Final Cut?

Mark: You can do everything in Final Cut Pro X. So I just want to
show you, and this is actually useful even if you’re not doing
your own voice over. But you can be doing a temp voice over
track for a documentary or something, or just editing audio as a
part of something you’ve shot. It doesn’t matter. But if you do
want to record your own audio in Final Cut Pro X under the
Window menu, which you might not think to look there.

Steve: It is odd that it’s in the Window menu.

Mark: It used to be tools, yeah. And now there’s this record audio
under the Window menu. It just brings up basically a HUD
interface and you click the red button and you record. What will
happen is it will drop it in the current timeline and it will
also drop it into a selected event for you.

Steve: So event and/or timeline?

Mark: It actually will do both. It always puts it both in event and
timeline as far as I can tell, but definitely in event. You
choose your input device; whatever is connected. I use a little
road, probably as you can see there.

Mark: This is my little studio set-up. I have a little boom with a
microphone. This is a road podcaster microphone; I like the
sound. It’s a good sounding microphone and that way I’m not
touching it or interacting with it. Try to keep the same
distance and everything. So that’s what I use. But then it will
just show up in the input device here and then you can adjust
the gain, you can choose to monitor, and you’re off and running.
So, very easy to record audio. Go ahead.

Steve: You just close the window. Aren’t you going to record?

Mark: I did. No, I’m not going to record anything.

Steve: Oh, I thought you were.

Mark: No, no, I’ve already got some here.

Mark: Yeah, so I’ve got here a little tutorial. It could be any audio
and I’m just going to edit it. I’m just going E and bring that
into my timeline. I’ve got a new project here so I’m just going
to say okay, conform to that. I’ll hit shift Z to fit it and
here’s what I love. I’ve tried it out and discovered that it was
faster and easier than Soundtrack Pro. And I love Soundtrack
Pro, but this is even better because I’m already where I’m going
to be working going forward so I don’t need a separate app. One
thing I do is I go down to this little switch here for the clip
appearance and I choose the biggest wave form I can, okay. So
I’ve got a nice, big wave form.

Steve: I want to see it. There’s also a clip height slider. How big
can you make it actually?

Mark: Okay, yeah. So let’s go for that. Right now, shift Z fit it to
the window but usually I’ll command plus several times so I can
really kind of see this image in wave forms.

Steve: It is a little odd to me, though, to see half a wave form.

Mark: But the other half looks the same, right?

Steve: It’s like a moose head on the wall. Where’s the rest of the
moose? So I don’t know why I thought of that.

Mark: But this gets the job done because frequent I’ll do repeated
takes and you’ll be able to tell because you’ll listen and hear
the same phrase over and over again. And you’ll see that the
sound wave form looks identical from one to the next.

So I’m actually not going to play anything here. I just wanted to
show you how easy the editing is. I don’t even need to select a
clip. So let’s say I want to cut out this here. Let’s say this
was a bad phrase. I listen to it and it’s a bad phrase. I have
skimming turned on. That’s why we’ve got this red line moving.

Steve: But I don’t hear the audio skimming.

Mark: Yeah, and let’s say I’ve already played so I’m past this point
with the play head and I’m like oh, I need to cut this out. So
yeah, audio skimming’s not turned on so let me enable it right
there. Let me zoom in so you can see this will enable the audio
skimming right there. Let’s see the tool tip will come up; audio
skimming.

Mark: Okay, shift desk. Thank you. And now it will skim the audio as
well and I can sort of listen. I don’t need to click. This is
what I love. Usually you would click and then cut it there, but
without clicking I’m just going to his command B, which will
immediately blade right there, right. And then I can move over
on this other side. Command B to blade it, so that’s part of
what I love. By using skimming you don’t need to click anywhere
first. Just command B, command B, and it’s fast. You might be
like, what’s the big deal about clicking? You just click a
button. But, you know, over and over and over again and it adds
up.

Mark: So here’s the second cool thing. When I select that to get rid
of it and hit delete, automatically everything moves down and
closes the gap because of the magnetic timeline, right. And if I
didn’t want that, I can always shift delete and get a gap if I
wanted to that.

Steve: To keep the timing.

Mark: Yeah if I wanted to keep the timing. Frequently for what I’m
doing, it’s a repeated phrase that I didn’t say right the first
time so I’m just hitting delete. And then I go and I might find
another thing; command B, command B, select delete. Hit the back
arrow to go back to that next and just keep playing. And I can’t
tell you how fast this has made the process of my editing.

Another thing is I’m a little hot here. So maybe I got a little
excited when I was speaking, a little hot. It’s not bad, but if
I wanted to change it I can hit R for the range tool and I can
select a range and then I can just lower that piece down.

Mark: Yeah. Very, very fast and easy. And it feels just good to use a
tool. There’s nothing clunky about it. It’s very smooth.

Steve: It feels organic to what you’re doing.

Mark: Yup, yup. Let’s say you did want to create a gap here. I’m a
little bit further so I’m going to H for the hand tool. That
allows me to pan around, okay. So we used R for the range, we
used command B to blade, H for the hand tool. I’ll go back to A
for the anchor, oh my goodness. I’m getting my emotion showing.

Mark: Or the arrow tool, yeah. Now I’m going to blade this. Now let’s
say there’s not enough space here. I wanted to have a little
more breathing room because I’m just talking too much and people
need to see.

Steve: You’re stepping on your own words and whatever.

Mark: Yeah, or people need to see, have a little bit of a breather.
So I want to move it over. So normally you can’t; you try to
drag it and it goes right back. But if you hit P for the
position tool and then I can drag it. It will leave a gap, but
you showed me something even cooler than that. So I’m going to
undo that, go back to where I was. Select it. Rather than
dragging it, I can just type in a value. I want to move it
forward let’s say…

Mark: Let’s say 10 frames or let’s say a whole second. Say plus one
point, one period. You see it shows up in the dashboard. Return,
and immediately it moves it one second forward.

Mark: And leaves a gap. Yeah, so very, very quickly and accurately I
can create gaps. I can close gaps. I can edit out unwanted
material and before I know it I have a nicely edited piece. And
once I get it well done, I’ll actually switch back to something
nice and small like this. Once I’ve got the whole thing edited,
so I’ve got a very small track.

At this point if you were doing this to audio that was part of video,
your video would already be in here. But at this point you can
cut in your B-roll, you can cut in all your other pieces, you’ve
got a perfect audio bed to cut to.

Steve: It’s fantastic. I would have never thought of using Final Cut
Pro as a sound editor but I can see that it would be very fluid,
very quick; even faster than Soundtrack Pro in a lot of way.

Mark: Yeah, it’s not something I would have done in Final Cut 7
because the tools just weren’t relay there. But this is just
fast. Especially, I don’t have to launch another app to do this.
I’m just set to go right here in Final Cut Pro X.

Steve: Excellent. Well, if you do a lot of voice over editing or
cutting, or long takes with audio, even music I would imagine,
it’s a tremendous tool. It can work a lot faster. This is why we
like Final Cut Pro X. It really is a much faster tool than the
other [NLEs] in terms of this bread and butter type of stuff. So
Mark, what are you working on these days?

Mark: So I’ve got a new tutorial out. My Motion 5: Fast-Forward,
Basic Training in Motion and Training and Rigging to Publishing
for Making Effects for Final Cut Pro X. But I’ve got a new
product out, all about particles in motion. Using particles in
motion to do all kinds of interesting things with smoke and fire
and a bunch of other stuff that you can use particles for in
your everyday projects. For titles, for transitions, for
whatever you want.

Steve: Excellent. And you’ll find that at rippletraining.com. Mark
thanks for showing us some really cool tricks about working with
sound and thanks for watching another episode of MacBreak
Studio.

How to recreate Assassin’s Creed titles in Final Cut Pro