*The footage used in the video comes from FILMPAC.

You ready to take your fighting videos to the next level, brother???

With Fight Pop, you can create PvP-style intro graphics to preface any fight and highlight your fighters. Wrestling, boxing, MMA, your parents vs. Stacie’s new boyfriend, any situation where fighting is about to go DOWN.

It comes with 15 templates, 3 styles, 3 bonus backgrounds, and a FREE built-in motion tracker. Not enough features for you? FIGHT ME!

(and then make a video of it using Fight Pop) 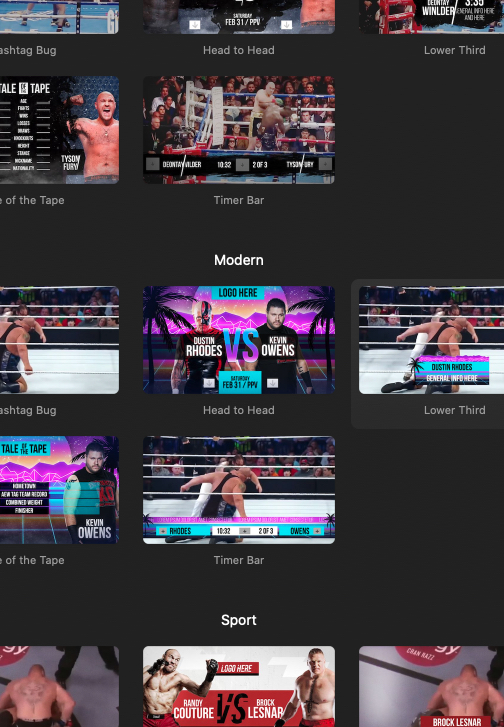 What Can I Do with Fight Pop?

What’s the most important part of a fight?

That’s right. The names of the fighters.

How do you know which person to care about if they get hit in the face unless you know who they are?

Now, you could use some lame preset title to show your fighter’s names (barf).

OR you could use Fight Pop’s unique, professional design to look more professional, increase production value, and (pardon the pun) PUNCH up your fighting videos.

(Actually, don’t pardon the pun. It was great)

Fight Pop is the perfect way to promote matches, compare fighters, add info to fights, and make YOU money with your amazing videos.

So, if you want to kick your MMA-style videos into fighting shape without wrestling with complicated graphics, grapple yourself some Fight Pop today.

With Fight Pop, you'll start off on the right foot with one of its stunning templates - choose from 15 titles and 3 backgrounds.

From there, you'll be able to fine-tune every aspect of your fight announcement like fighter, color, background image and video, font, text, shapes, starting and ending animations, and much, much more.

Does Fight Pop Have a Free Demo?

The demo version is actually the full plugin and all Fight Pop templates can be used in your videos, but they'll come with a watermark.

And don't worry! If you're playing around with one of the templates and you decide to buy later, FxFactory will automatically remove all of those watermarks, which means you won't lose any work!

I really love your plugins...They've made my videos come alive!

I love your products! The quality, simplicity of use and stability are the best available. 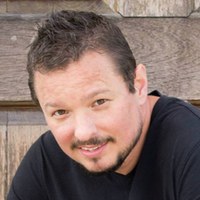 I love it when I need a quick, easy way to do something and I can find a plugin for #FCPX to do it for me. Thanks @stupidraisins for datapop

@stupidraisins I was able to put that together in just a couple of hours. I DL'd the demo, saw how it worked, and bam! Video. Cheetah fast.

Easy to install. Easy to use.

Fight Pop is delivered through the totally awesome FxFactory. After installing FxFactory, you'll have a cool demo to play around with. After you fall in love with Fight Pop, you can easily and securely buy the full version through FCPX. Just download and install FxFactory, restart FCP, and like magic you'll have the power of Fight Pop at your fingertips.

Fight Pop is dead simple to use. In just 3 simple steps you'll create eye-catching photo animations. First, drag and drop one of the fight templates into your timeline, add your fighters and end with customization. Find Fight Pop under your Titles, with the category name Fight Pop.

When you purchase Fight Pop in Final Cut Pro X you will get a 30-Day Money Back Guarantee! You've got nothing to lose and everything to gain!